A bit about the Storybook pre school team members… 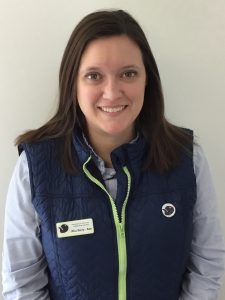 Mary Brosnan is the founder of Snug Nursery Schools. The youngest of 4 children, she grew up on a farm in the west of Ireland. During this time, she spent much of her childhood riding ponies and horses. A self confessed ‘homebird’, she grew up with a strong sense of family.

Mary flew the coop for the big city and studied Business and Spanish. Later, she gained an MBS in Strategic Management. After university, Mary worked in finance in Dublin (a square peg in a round hole, but a good experience nonetheless!) for 7 years. Finally moving to London in 2010 to join the finance and operations side of a major childcare chain. During that time, she became increasingly attracted to the teaching side of things. It was in this role too that she got a sense of what makes a good nursery.

At times in life you need to take stock. Afterwards, Mary quit her job and went travelling to decide what she wanted out of life. It was while on her travels that she learned more about Maria Montessori. She had a unique, and highly effective, method of teaching.

When she returned to England, Mary had a plan. She would use her knowledge to open a very special nursery. Mary even had a name in mind: Storybook. After signing up to retrain as a Montessori teacher, Mary spent her free time researching her nursery project.

In 2015, she found the perfect venue at Crown Estate in Ascot. The old stable was completely rebuilt to reflect Mary’s vision of a village designed just for children. Storybook would be a place for them to engage in activities in a fun way, learning without even realising it.

She enlisted the help of Montessori guru, Chris Manville, to get the nursery up and running. During this time, she was recruiting a team that shared her values and belief in exceptionally high standards. In summer 2015, Storybook opened its doors and the village community that she had dreamt of sprung to life!

Derry-Ann has worked in childcare since 2007. During this time, she gained a BA (Hons) in Physical Education. She worked as a Nursery Assistant whilst gaining an NVQ level 3. Afterwards, Derry-Ann went on to achieve an Early Years Professional Status and progressed to a nursery manager in 2010. She is a qualified assessor for childcare qualifications and the Early Years Teacher status.

‘’Children’s outcomes and their happiness is very important to me and child development is my passion.’’

Snug Nurseries is committed to recruiting the best staff for the job. In addition, giving them the right environment to excel. We believe that our staff policy says everything about us. If the Storybook pre school team members are happy, we have happy children, happy parents. Take a look at our recruitment page if you are interested in joining Storybook.